Listen to David Musselwhite’s talk about the Conference.

The idea for the Crested Butte Mountain Conference was conceived by David Musslewhite during a skiing vacation in Crested Butte. While attending riding up the ski lift looking back over the town of Crested Butte, he thought “what an ideal place for an AA conference.” He discussed his idea with a member of the local group, Dick Eflin, who agreed to work with David to help get the conference going.

When David returned to his home in Dallas, he began contacting friends who were active in AA and Al-Anon and they formed the original board of directors. One of their key decisions was that this new conference would be a week in duration and family-friendly, thus, becoming an AA/Al-Anon family vacation.

This group put up enough of their own money to cover the costs of printing and mailing the flyers and other organizational costs, and the first CB conference was held August 6-11, 1984 and had an attendance of around 250 people, mostly from North Texas area and the Gunnison Valley. Word of the new conference spread quickly, and soon the attendance reached over 700 and there was a limit on attendance due to the capacity of the hall where speaker meetings were held. In the early to mid 90s, the conference capacity was reached in late May or early June and a waiting list was established – not a very popular idea with most alcoholics.

In the mid-90s, the school year for Texas children changed to begin in early August, so the conference dates were changed to July 10-15, 1994. The next year the conference was moved to later in July and remained those dates until 2006, when school beginnings moved later in August, and CBMR decided to increase room rates substantially during July. The board made the decision to move the conference back to early August.

Also, during the time, there was a lot of buying and selling of facilities used by the conference, and the original resort company, Crested Butte Mountain Resort (CBMR) was bought by the Mueller family from Vermont, and gradually, this new company acquired most of the facilities that had been sold off during the last fifteen years. They also began an aggressive building program that resulted in the new conference center in 2007.

During those turbulent years, the board considered moving the conference to another locale in Colorado, but each time, sentiment for CB won out and it stayed in the Gunnison Valley, much to the delight of the local members, for whom this is the only conference they are able to attend. Our beloved conference continues to evolve and yet remain the same – an AA/Al-Anon family conference, held in the summer time in Crested Butte, Colorado.

Over the years, the board has taken actions to improve its operation, creating different classes of directors. The operational board is composed of persons who have not chaired the conference and represent the active leadership in the group. Advisory directors are members who have chaired the conference and chose to remain active in some manner, but are not required to attend all the board meetings. We also have regional representatives who live in various parts of the country, and promote attendance at the conference. They also suggest people who could chair workshops and discussion meetings.

During our peak years, we were able to establish a prudent reserve of monies, held in three different accounts – the operating account in a local (Dallas) bank, a minimum balance account in a Crested Butte bank, and a money market fund. When an economic downturn occurred in 2000/2001, and conference attendance dropped drastically, these reserve funds were needed in order for the conference to survive.

It was the intention of the original board members that the conference would underwrite certain expenses, such as evening child care, so the parents could fully participate in the evening events. Through the years, we have added other programs that are not self-sustaining, but important to the goals of the conference.

The Chairperson/s and other officers will designate certain members to chair committees to perform the various tasks necessary for the development and operation of the conference. Many of these committees will call on membership, usually from the registration lists to serve in various capacities as leaders of workshops, discussion meetings, speaker meeting chairpersons, etc. Experience has shown that the order in which these members will be chosen is that the first choices will be for the speaker meeting chairs, then workshop leaders, and finally discussion meeting leaders. The conference chair will designate the time frame so that the work is done in time for printing of the programs.

If you have further question, please ask any of the board members.

Thank you for your service and becoming a part of this tradition. 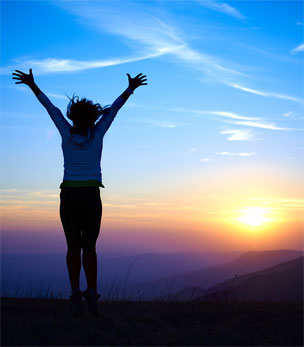